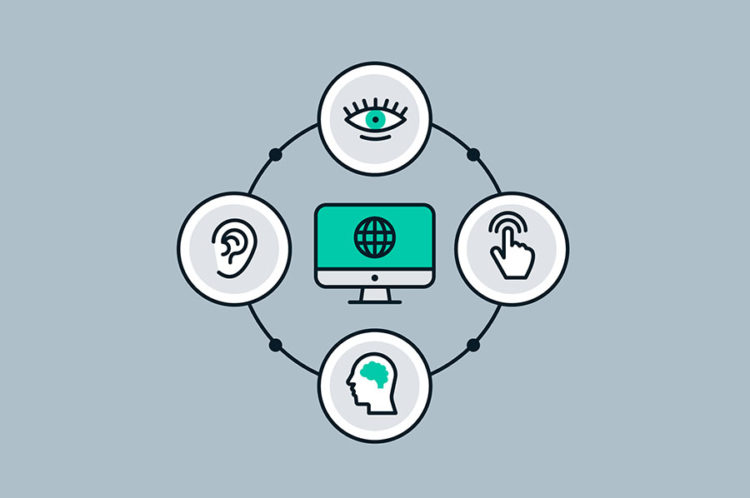 Because in the United States the laws regulating discrimination against people with disabilities encompassed by The Americans With Disabilities Act (ADA) has not kept up with technological advancements in the digital realm, digital publishers have to depend on other groups to create  standards and guidelines to follow until such time as new laws are passed.

The DAISY Standard and the World Wide Web Consortium (W3C) have taken on this task.

The DAISY Standard is based on several recommendations of the World Wide Web Consortium (W3C). Currently, these include the Extensible Markup Language (XML) and the Synchronized Multimedia Integration Language (SMIL). Both of these are internationally recognized standards accepted in the technology industry. DAISY contributes to the development of open, accessible standards and supports inclusive publishing efforts around the world.

The DAISY Consortium was formed in May, 1996 by talking book libraries to lead the worldwide transition from analog to Digital Talking Books.” DAISY’s official web site serves as an important source of information for all things related to this standard.

The guiding principles of the DAISY Consortium include their vision, which is for people to have equal access to information and knowledge regardless of disability. This is actually a right confirmed by the UN Convention on the Rights of Persons with Disabilities. In addition, their mission is to develop global solutions for accessible publishing and reading, in partnership with civil society, publishing and technology industries, standards bodies and governments.

The World Wide Web Consortium (W3C) is an international community that develops open standards. It’s mission is  to ensure the long-term growth of the Web. Its Member organizations, a full-time staff, and the public work together to develop Web standards. W3C’s mission is to lead the Web to its full potential.

The  design principles that guide W3C’s work include:

Web for All, which acknowledges that the social value of the Web is that it enables human communication, commerce, and opportunities to share knowledge. The Web was invented as a communications tool intended to allow anyone, anywhere to share information. For many years, the Web was a “read-only” tool. One of W3C’s primary goals is to make these benefits available to all people, whatever their hardware, software, network infrastructure, native language, culture, geographical location, or physical or mental ability.

Included in this is the understanding that the number of different kinds of devices that can access the Web has grown immensely and continues to do so. Smart phones, personal digital assistants, interactive television systems, voice response systems, kiosks and even certain domestic appliances can all access the Web it is more important than ever to make sure that these advancements are accessible to everyone.