Text-to-speech systems, also known as TTS, were first developed to aid the visually impaired by offering a computer-generated spoken voice that would “read” text to the user.

TTS software in general is considered an assistive technology tool that can be used in many ways. Another early application of this technology was to help people who have trouble reading. The amendment of the Individuals with Disabilities Education Act (IDEA) in 2004 compelled educational institutions to seek out technology to assist in fulfilling this mandate. The IDEA is a federal law ensuring educational services to children with disabilities throughout the United States.

TTS allows users to see text and hear it read aloud simultaneously. There are many apps available, but typically as text appears on the screen, it’s spoken. Some software uses a computer-generated voice and others use a recorded human voice. Very often the user has a choice of gender and accent as well.

Tablets and smartphones usually have built-in text-to-speech features. The software reads text files, and the names of programs or folders when pointed at on the screen and can read certain web pages aloud. 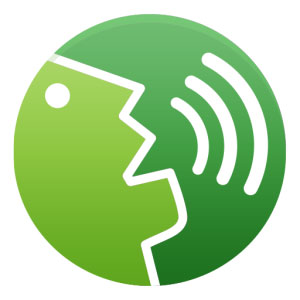 Text-to-speech tools are often used with optical character recognition (OCR). OCR is a technology that scans printed material into a computer or handheld unit and converts it to digital text. There are also portable OCR devices available. These are called reading pens, and they can scan and read back text. Most digital devices include apps that read digital books.

While text to speech has benefits for all users, some specific groups benefit more than others.

People with learning disabilities who have difficulty reading large amounts of text due to dyslexia or other problems really benefit from TTS, offering them an easier option for experiencing website content.

People who have literacy issues and those trying to learn another language often get frustrated trying to browse the internet because so much text is confusing. Many people have difficulty reading fluently in a second language even though they may be able to read content with a basic understanding. TTS technology allows them to understand information in a way that makes content easier to retain.

TTS allows people to enjoy , and also provides an option for content consumption on the go, taking content away from the computer screen and into any environment that’s convenient for the consumer. For people with visual impairment, text to speech can be a very useful tool as well. For those who access content on mobile devices, reading a great deal of content on a small screen is not always easy. Having text-to-speech software doing the work is much easier. It allows people to get the information they want without the inconvenience of a lot of scrolling.

TTS offers many benefits for content owners and publishers as well. This feature immediately increase the accessibility of online content for those with visual impairments or reading difficulties and it facilitates access for a larger percentage of the online population, including those whose native language is different from the language of a particular website or mobile app.

Text-to-Speech makes it easier in general for all people to access online content on mobile devices, increases citizen engagement and strengthens corporate social responsibility by ensuring that information is available in both written and audio format.