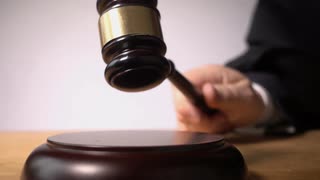 The Supreme Court of the United States has denied a petition from pizza giant Domino’s to hear whether its website is required to be accessible to the disabled, leaving in place a lower court decision against the company. The decision not to grant the case is a loss for the Domino’s and a win for disability advocates, who have argued that if businesses do not have to maintain accessible sites, disabled people could be effectively shut out of substantial portions of the economy.

The case was originally brought by a blind man named Guillermo Robles, who sued the pizza chain after he was unable to order food on Domino’s website and mobile app despite using screen-reading software. The case is Domino’s Pizza v. Robles.

Attorneys have long argued in lawsuits and court papers that the Americans with Disabilities Act requires businesses with physical locations to make their websites and other online platforms accessible to those with disabilities. The ADA is an American civil rights law that prohibits discrimination against individuals with disabilities in all areas of public life and all public and private places that are open to the general public, but the wording in the Act doesn’t refer to digital technology which was not widely used when the Act was written almost 30 years ago, in 1990. Finally, businesses may now have to make their digital storefronts equally accessible.

The case could help determine the extent to which businesses must make their websites and apps accessible to the blind and visually impaired—a question that’s at the center of hundreds of federal complaints every year. The lawsuit is one of an increasing number filed over website accessibility in recent years. Last year, more than 2,200 such suits were filed in federal courts, according to the accessible technology firm UsableNet, nearly tripling the number a year before.

As noted in a brief filed with the Supreme Court, the Ninth Circuit’s ruling represents the first time a federal court of appeals has ever decided whether Title III of the ADA applies to a business’s website or mobile apps.

While the Supreme Court is letting the Ninth Circuit ruling stand, that doesn’t mean the issue is settled. As Domino’s noted, the number of web accessibility lawsuits has increased substantially in the last three years since Robles filed his suit. If another federal appeals court were to split from the Ninth Circuit ruling, the Supreme Court could decide to rule on the matter itself.