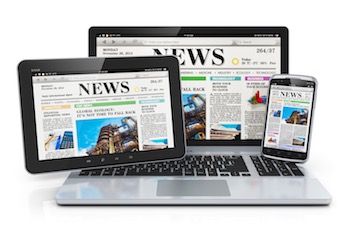 Not making websites accessible means potentially losing millions and millions of dollars in spending power of the huge number of working-age adults with disabilities. That is bad business.

According to the CDC, there are nearly 61 million Americans living with some sort of disability, and the majority of these individuals are likely using computers, shopping online, and consuming all sorts of digital content, and these numbers will only increase. In order to enable full, barrier-free access to  information and services for individuals who are blind, visually or otherwise impaired, people who are hearing impaired, have learning or cognitive disabilities, those who struggle with seizure-related disorders, and people with limited mobility, special considerations to accommodate everyone must be taken into account. Designers and developers of digital content must meet the needs of society because as well as being the right thing to do, providing this access is required by law, by way of the ADA.

According to a report from 2018 by the American Institutes for Research, the disposable income of working-age adults with disabilities is nearly $500 million. That is a lot of spending money. If people with disabilities are unable to access a website or other digital information, they’re not going to spend their money in that space, and neither will the friends, family, and other loved ones who care about them.

Digital equality means just that. It means making the internet accessible to everyone, regardless of their individual abilities. This is a moral and ethical as well as a legal one. There is no doubt as to what the proper thing to do is, and more and more business and industry is discovering that omitting a significant portion of society can be very costly in oh so many ways. Costly lawsuits can and are being leveled with little warning at companies that fail to comply with the obligations outlined in the Americans with Disabilities Act (ADA) and other ADA-inspired laws. To shut out nearly a quarter of the American population is to leave their consumer power on the table. That is  sheer loss to the bottom line. It doesn’t make sense.

Being accessible to everyone also means being visible to everyone. The more accessible the website, the more likely it is to be ranked highly in  SEO (search engine optimization). Businesses cannot/will not survive for very long without catering to the large and ever-growing demographic of individuals with disabilities who are active participants in the digital global marketplace.

Being non-compliant with ADA standards can mean missing out on a potential market of billions of dollars, but possibly worse is that refusing to comply makes businesses vulnerable to a series of potential lawsuits, the costs of which could easily put a small business out of business. In 2018, there were 2,258 ADA website lawsuits filed in federal courts across the U.S., a staggering jump of 177% from the previous year, with no slowdown in sight.